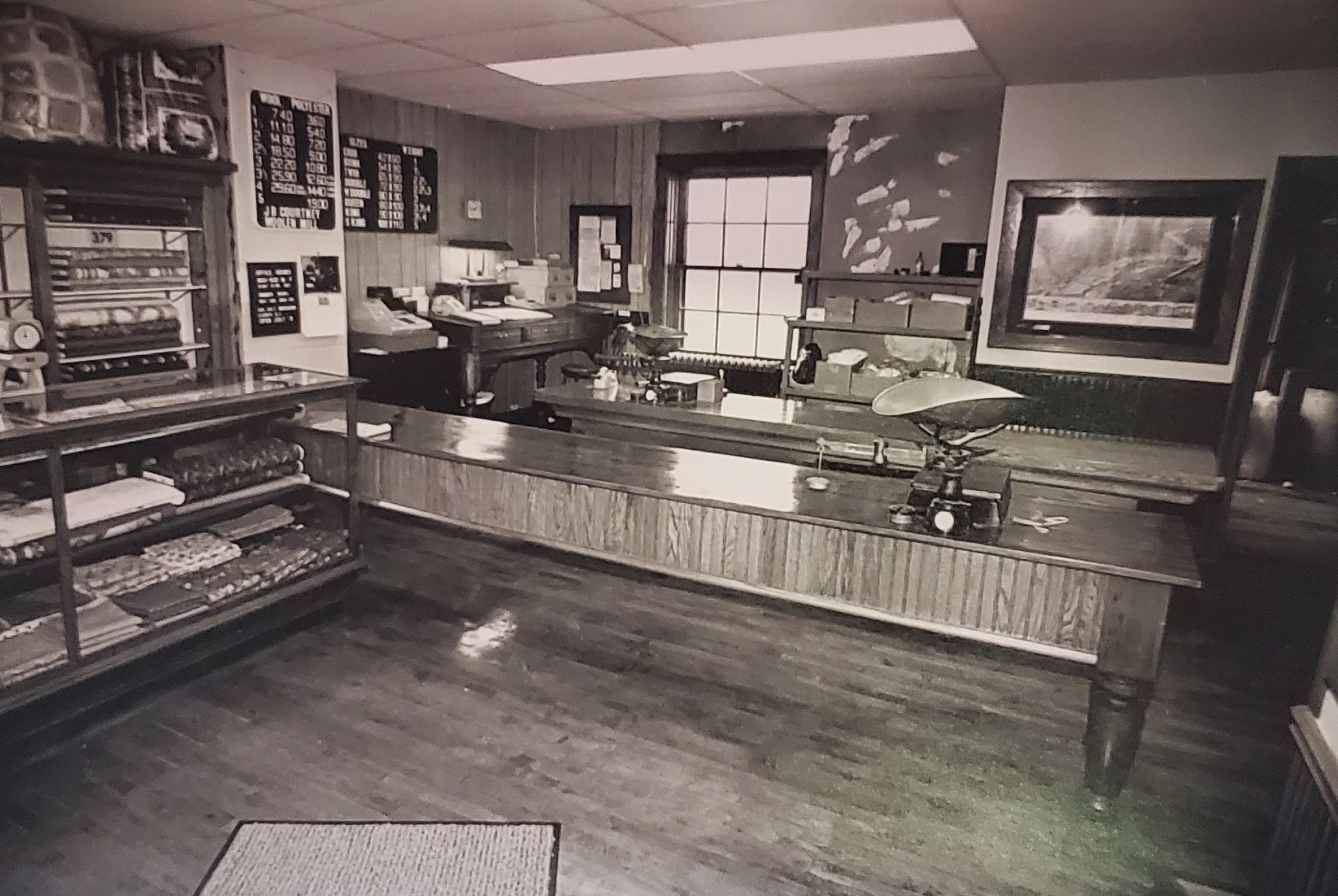 Have you ever seen a machine pull apart the fibers of wool or polyester? It looks like snow! Have you seen a carding machine roll out a batting?

The Courtney Woolen Mill has operated in Appleton for more than 140 years. It was originally known as the Kelley Mill. In 1880, William and Louisa Kelley, and Nathan and Cora Kelley purchased a water power lot at the foot of the Durkee Street hill from Appleton founders Reeder and Eliza Kimball Smith. The Kelley brothers erected a 30-by-60 foot structure that went from the north bank out over the Fox River. The water wheel generated the power for the machines. The second ward power water canal ran along the north side of the woolen mill building.

Business increased, and by 1882 they added new machines (these machines are still in use today!). In 1886, investors J.E. Springer, Ole Stephenson, and N.E. Stepheson became co-partners of this Northside Woolen Mill. The mill continued what they referred to as custom work of all kinds: carding rolls, wool batts, carding, spinning wool into yarn, weaving into sheets and blankets, color changing in a dye house, and carpet cleaning. The mill was transformed from its original 30-by-60 size to three floors of workspace.

Adolf and Augusta Spiering purchased the mill in April 1889 and continued to operate it as the Northside Woolen Mill. Adolf was born in Spremberg, Prussia. His native city was a textile industry leader and it’s where he learned the trade. During the years that Adolf and Augusta owned the mill, they added a wool warehouse that was built over the canal and they used a steam boiler to create heat and power.

In 1904, Adolf and Augusta Spiering sold the woolen mill to John B. and Sarah Courtney. John B. Courtney had worked 10 years with the Appleton Woolen Mills before purchasing the Northside Woolen Mills from the Spierings.  The Courtney family continued the services offered by the mill including wool carding, yarn, dying, and custom work. They purchased a new water wheel in 1905 and continued using water for power to drive the machines until about 1924. In 1923, John’s children Giles, Daniel, and Mae joined in the family business.  John Courtney changed the name of the mill to the Custom Woolen Mills after the children joined the family business.

The Courtneys carded wool from a large territory. Customers traveled as far as 200 miles to the mill. John said the depression didn’t create a slump for the woolen business. He had plenty of work to do. In 1927, the family added a front office section to the building with two floors.

The Woolen Mill passed from Giles Courtney to his sons, James and Kenneth, in 1942. In 1957, the Fox River Paper Corporation filled in the canal beginning after their first water wheel to the east of the Courtney Woolen Mill. The Courtney Mill had already switched to alternative power sources from water. In 1973, Kenneth Courtney became the sole owner of the mills. Kenneth’s son, Tom Courtney, now owns the Courtney Woolen Mill.

The Woolen Mill is on the National Registry of Historic Places. Appleton Historical Society partnered with Tom Courtney and family to celebrate 140 years of the Kelley/Northside/Courtney Woolen Mill in January 2020. The public was invited to see the machines running and learn about the history of the mill to celebrate the historical milestone of 140 years. The Courtney Mill continues the time-honored tradition of the woolen mill today. You can find Courtney Woolen Mill videos and history in the Explore tab at appletonhistory.com.