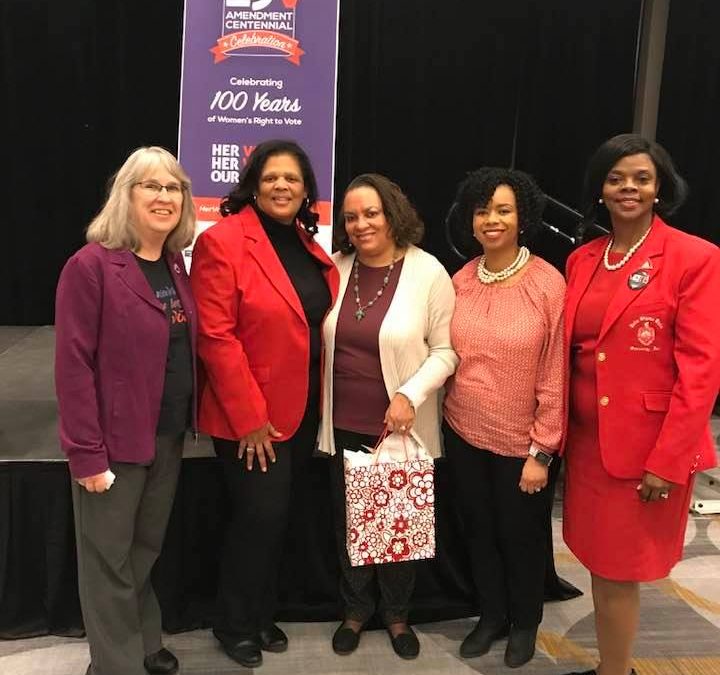 Her Voice. Her Vote. Our History.

This month marks the 100th year of the passage of the 19th Amendment to the U.S. Constitution, giving women the right to vote. It’s hard to this as controversial. Yet, when the women’s suffrage movement began, that was the case. In the mid-1800s, women were considered property! They had no right to own land, divorce, no right to their children or control over their own bodies!

The early women Suffragists Lucretia Mott, Elizabeth Cady Stanton, and Matilda Joslyn Gage are often credited with being the founding mothers of the women’s movement. “The fact is the movement was born in the territory of the Haudenosaunee (Iroquois) in 1848,” writes Sally Roesch Wagner in her book “Sisters in Spirit.” They learned the stark contrast of life in a matriarchal society. The line of the Chief came through the line of the mother.

After taking the Native American land, our country’s next original sin was slavery. Quakers in England were leaders in the abolitionist movement, but women were placed behind a screen. Sitting behind that screen were Lucretia Mott and Elizabeth Cady Stanton. Fuming, they resolved to hold a women’s rights convention in America.

Eight years later they made it happen in New York where the Declaration of Sentiments was presented. Escaped slave-turned abolitionist Frederick Douglass was in attendance. Ardent supporter, Susan B. Anthony also joined the cause.

When the Civil War broke out in 1861, Stanton and Anthony made a strategic decision: to suspend their campaign for women’s rights and focus all their efforts in support of the first great cause stated for: to abolish slavery. They believed their efforts would be richly rewarded with rights for women as well as for blacks. They were wrong.

“This hour belongs to the Negro,” said abolitionist Wendell Phillips. The 13th Amendment abolished slavery in the United States in 1865 and the 14th Amendment was ratified in 1868 granting citizenship to “all persons born or naturalized in the United States.”. Working hard to get the word “sex” added proved to be a bridge too far.

On the convention floor in 1869, Anthony said, “I’d rather cut off my right hand than ask the ballot for the black man and not the woman.” To that, Douglass exclaimed “I do not see how anyone can pretend that there is the same urgency in giving the ballot to woman as to the Negro.”

Fast forward to 1913, Alice Paul organized the Woman Suffrage March in Washington, D.C.. It attracted 10,000 marchers and half a million spectators.

The march was supposed to be a dignified affair, but the crowd became unruly. The cavalry had to be called in to keep order. The fight continued with the Silent Sentinels who kept up silent protests in front of the White House from January 1917 to June 1919. Just as the fight for the vote was peaking, the 1918 flu pandemic set their efforts back.

Finally, the 19th Amendment was written, providing men and women with equal voting rights. The amendment states that the right of citizens to vote “shall not be denied or abridged by the United States or by any State on account of sex.”  It passed in 1919 and ratified in August of 1920. Wisconsin was the first state to ratify!

Change in America is not given, it is fought for. From the Emancipation in 1863 to 14 years of Reconstruction thru 80 years of Jim Crow, it was not until 1952 that Asian women could vote, 1957 before Native American women could vote, the Voting Rights Act of 1965 before black women got the right to vote, just 55 years ago and Latina women 10 years after that in 1975!

Our work is not done! Today we witness the brutal killings of so many black men and women: Sandra Bland, Kathryn Johnston, Breonna Taylor. Say their names.

We must root out systemic racism. Stand up and be counted in the Census 2020 and register to vote because we are BETTER TOGETHER! 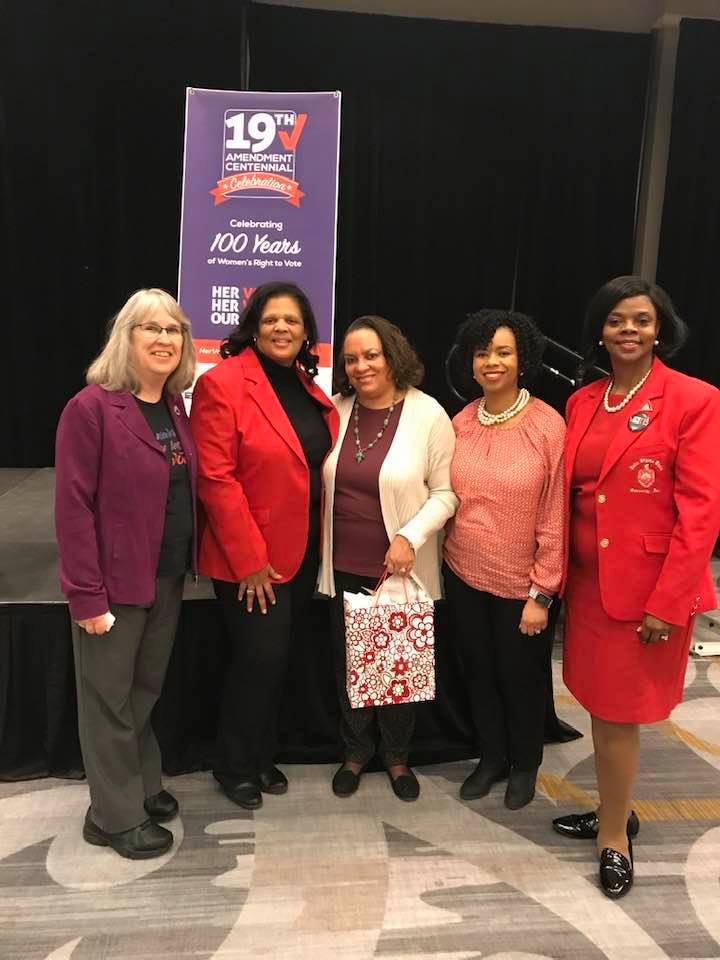 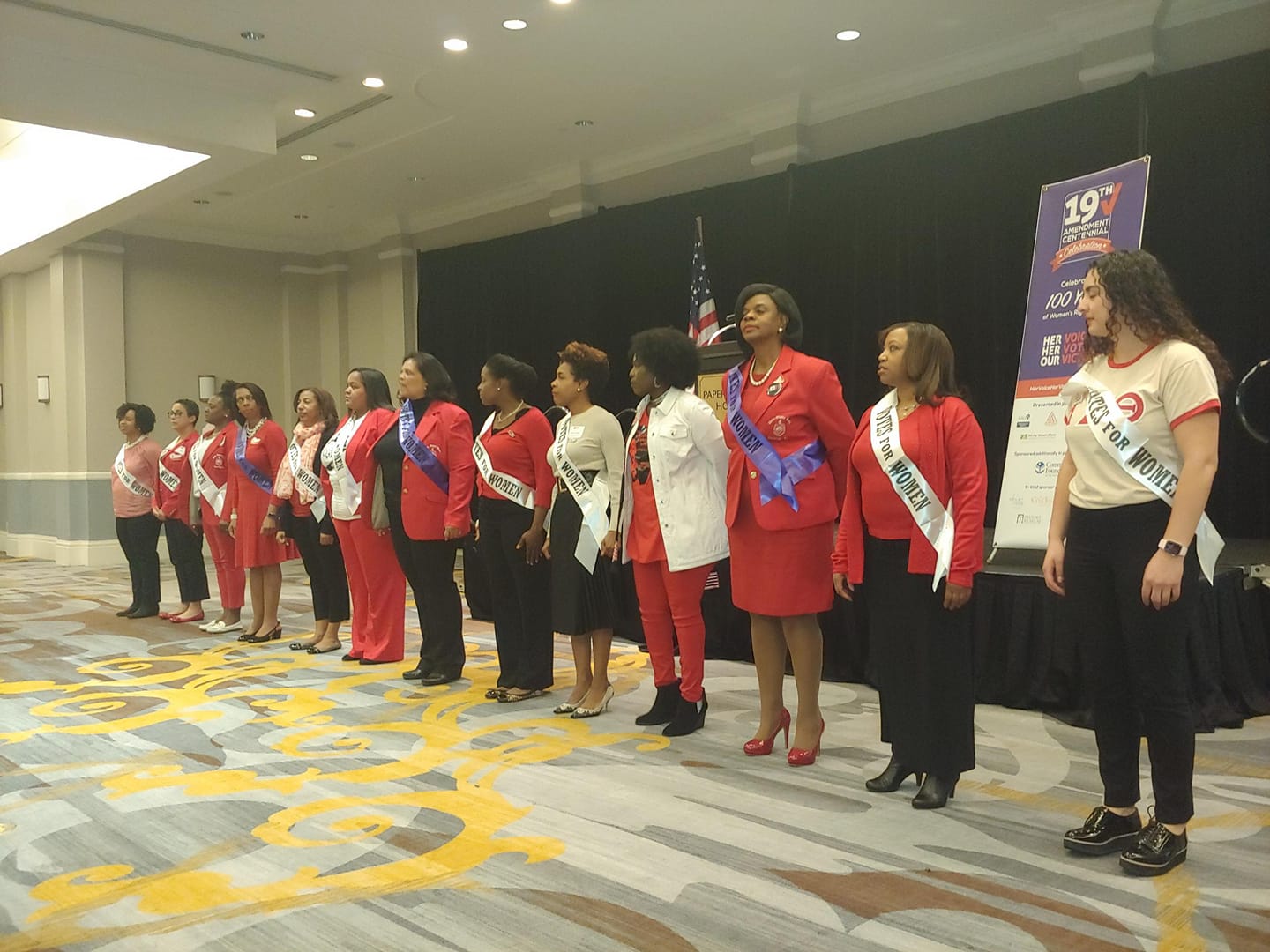