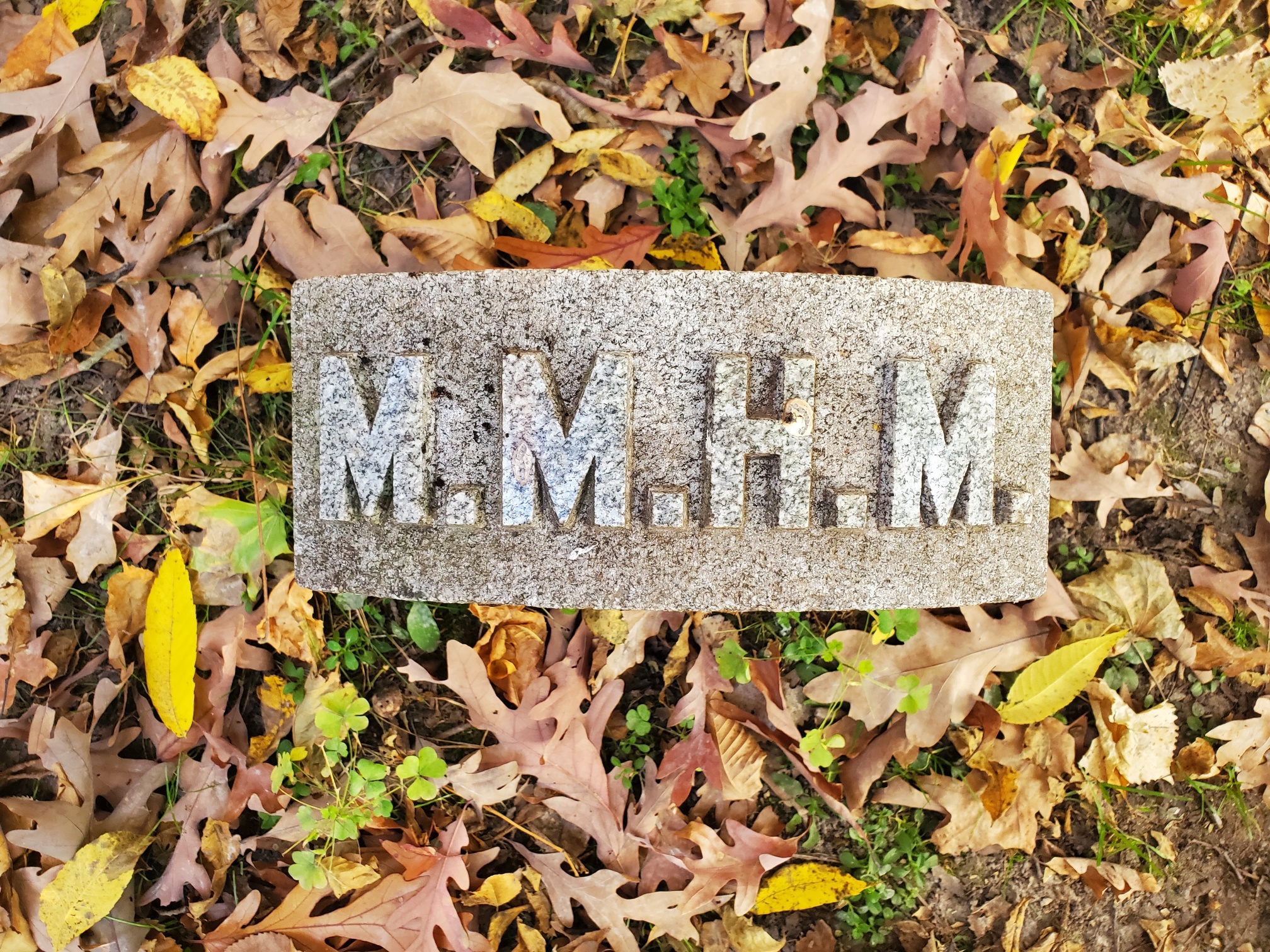 The chill is in the air this fall and the winds are blowing.  Blowing on that wind is a myth about Kate Blood, a tale of epic proportions. Kate Blood’s grave is in section W at Riverside Cemetery, close to the river, and set slightly apart. Her grave is famous, or maybe infamous. There are many renditions of the offenses people believed Kate unleashed upon her poor family. One tall tale speaks of the three footstones, each representing a child she murdered with an axe, another for the husband she killed. Another story tells of blood that runs from her tombstone.  No one seems to know who started all the rumors surrounding Kate but it does appear to have started in the 1980s.

The only tragedy that exists in Kate’s story is the one that befell her. Kate Blood Miller died young, only 26, of consumption in Lawrence, Kansas. She was on her way to Colorado to try to find some respite from her consumption, so her real story is that of an Appleton pioneer. Kate was born in Appleton in 1851. Her parents, Colonel Henry Blood and Theresa Katherine Southmaid Blood, were also pioneers. Her father helped select the site for Lawrence Institute, as it was known then, and acted as an agent helping to build the university. Kate’s mother also died young in 1855 at the age of 36. Kate was only 4 at the time, the youngest of three siblings.  She had two older brothers, Egbert and Fred.

Kate attended Lawrence University and was known as Kitty to her friends and family. She had a large circle of friends since she grew up around Lawrence and from 1864 until 1871 she lived at her father’s hotel, Levake House.

She married George Miller on her 21st birthday in 1872.  Her wedding to George took place at her father’s home on the northwest corner of Alton and Lawe Streets. The Appleton Post said, “George has secured a rich prize in one of Appleton’s fairest daughters. And although the place that once knew him as a bachelor will know him as such no more forever, we cannot but congratulate him and his happy bride on the alliance they have made.”

George was a bookbinder for Alexander Reid and eventually publisher for the Appleton Post.  They lived on the East side of Union Street. George and Kate had a son who died young, and a daughter Zana Katherine Miller born April 29, 1873. Zana was only 16 months old at the time of her mother’s passing. Zana attended Milwaukee Downer and Lake Forest. She became a librarian for Appleton and then Neenah in 1904. She moved around, acting as librarian in a number of places including Lawrence College. She wrote many famous papers on how to organize a library.

George Miller passed away in 1916 in Chicago and was brought back to Appleton for burial.  The three footstones at Kate Blood’s grave are her stone, her husband George’s stone, and George’s second wife, Mary Hutchinson’s stone.

There isn’t a sinister mystery, just three lives well-lived. If Kate’s tombstone bleeds, it is only because of the tragedy she experienced in her early departure from this earth.