To Be a Grandkid 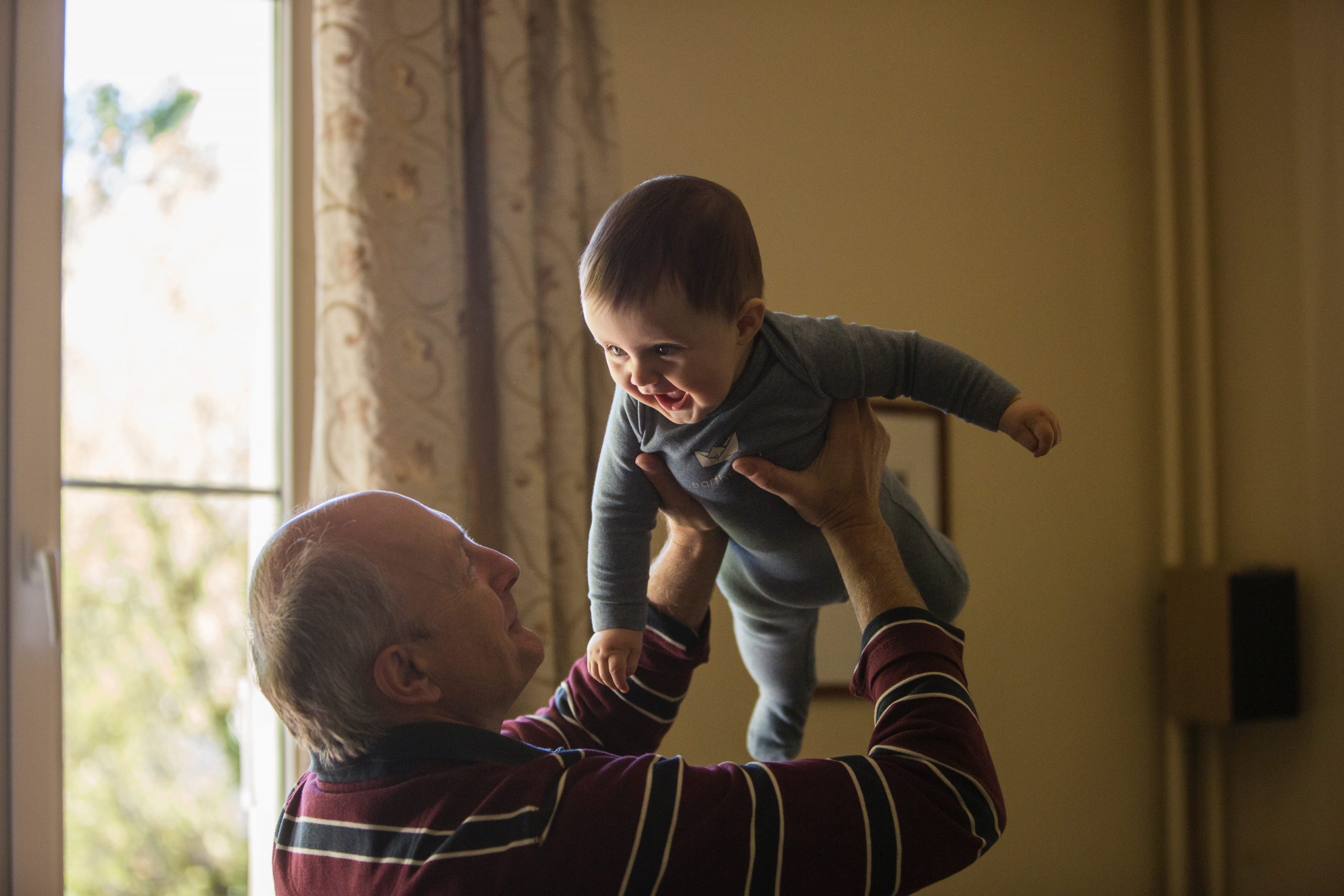 One of life’s great delights, and one that we’re too busy scraping our knees to fully understand while it’s happening, is having grandparents. For me, and probably for so many readers, my grandparents were always just there. And then, gradually and with increasing frequency, they just weren’t.

There are so many things I’ve never experienced anywhere but at Grandma’s house — and even though Grandpa lived there too, it was always referred to as Grandma’s house. Fruit-at-the-bottom yogurt. Sandalwood aftershave. Aquanet. A breakfast of grapefruit and plums and cream-of-wheat. Being gifted outfits identical to those of your siblings. The list is long, though it becomes shorter as the memories’ edges begin to blur.

About a decade ago, I realized that maybe the most striking memory of both of my grandmothers, who passed away five years apart in the ‘90s, was succumbing to time: I could no longer remember what their voices sounded like. I had vague bullet points that I knew to be true — Grandma Sjostrom had an unmistakable Swedish accent, Nana Nickell’s laugh could shake the china cabinet — but that was it. I wouldn’t know their voices if I heard them, and this bothered me greatly.

I could have tried to find a long-lost family video to hear their voices again, but that would’ve only been a temporary fix. Ultimately, what I was feeling was something closer to guilt; I’d allowed the memories to lapse, and it was maybe my fault that they’d gone missing. Tracking down a reproduction of their voices would be cheating. It was an unacceptable loss that I’d have to learn to accept.

Then, a few weeks ago, we had a FaceTime call with my parents, and my mom greeted my son, her grandson, with her standard lilting, sing-song, “Hello.” (This “hello” has between five and seven syllables.) And while my wife and son returned their greetings, I could feel my eyes welling up. I don’t know if my mom’s voice is a one-to-one facsimile of Nana’s, and it most likely isn’t. But the warmth, the cadence, the musicality of it all — it had so many shades of her own mother, and it was everything. And the response from my son, a shrieking, overjoyed “Nana!” — well, that was all me, three-plus decades ago.

I could’ve wasted years trying to find my grandmas’ voices, but that probably wasn’t what I was actually trying to pin down. I missed that feeling. I missed that comfort. I missed being someone’s grandkid. And even though I never really looked for it, it found me all the same.

I’ve always said that I won’t be a person who lives vicariously through his kids, but I might allow myself this one indulgence. Seeing my parents and in-laws take the mantle of their parents before them and don the Papa/Nana cape is an incredible thing to behold. When my son’s eyes light up at the sight or sound of his grandparents, it’s oddly transporting in the best possible way. And though I can’t call my grandparents or raid their knickknack drawer, watching my son evolve into a fully-formed grandchild might be all I need and more.

In February (or January, if you buy my wife’s prognostications), we’ll welcome a second baby boy to the fold. He’ll be my parents’ third grandchild, and my in-laws’ second. I hope he gets many, many years of odd scents and weird clothes from his grandparents. But if he loses their voice sometime after they’ve gone, I hope we can team up with his own kids to provide him with what my mom and son gave me: that warmth, that comfort, and that indescribable feeling of being someone’s grandkid.