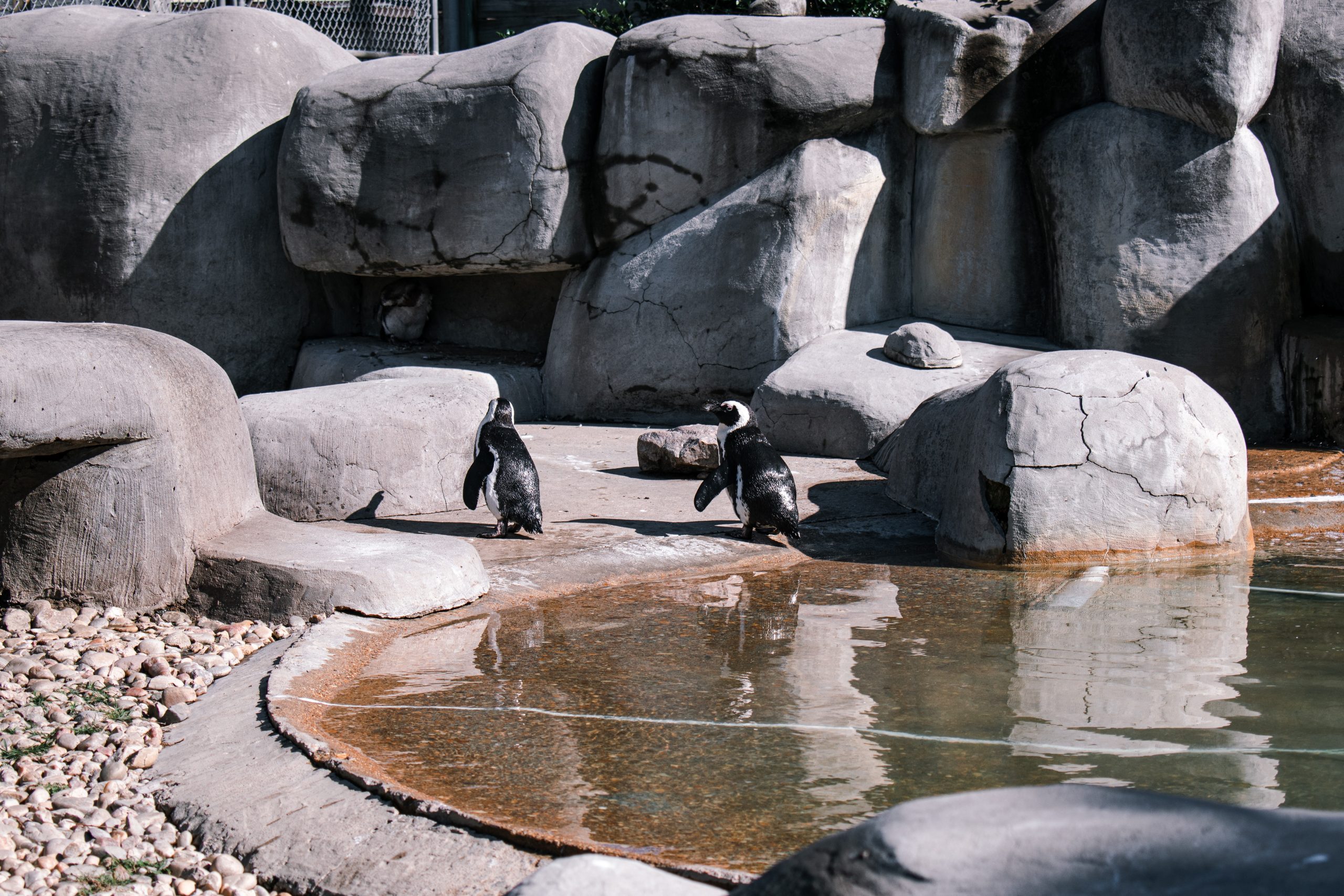 As a parent to two young boys, I have default responses to a multitude of potentially sticky situations. Older son is pouting? “Alexa, play ‘Blinding Lights’ by The Weeknd.” Younger son is fussy? “Here comes daddy to blow raspberries on your tummy!” Nothing to do on a Saturday morning? “Everyone in the car! We’re going to find the nearest collection of animals!”

But for as much as I enjoy going to zoos – and I do, even if they kinda seem like animal prisons – I have questions and thoughts.

1) Why did every parent within 100 miles decide to come here at the exact same time as me?

2) Why am I the only parent within 100 miles who knows how to park?

3) What animal would be the best at driving and parking an automobile? (I’d argue in favor of the three-toed sloth. He’s cautious, you see.)

4) Hey, did you know that Fair Haven, Vermont, has a dog for a mayor? Mayor Woodford seems to have a lot going for him, but his favorability would certainly improve if he were a canine.

5) Do zoo animals have their own political hierarchies, and if so, are their leaders more or less qualified than the mayor of Fair Haven, Vermont?

6) Assuming that zoo animals do indeed have political hierarchies, where does the world’s best animal – the penguin, duh – fall on the political spectrum?

7) Do penguins often find themselves saying, “I’m sorry, I thought you were someone else,” to other penguins?

8) The Penguin in “Batman” was diabolical. The penguins in “Madagascar” are conspiratorial and clever. The penguins in “Happy Feet” are fabulous. In the wild, penguins are more faithful to their mates than humans. Penguins fascinate me, and I’m not alone in saying so.

10) A zoo without a zoo train is exactly half of a zoo. (Tractor rides are an acceptable substitute if we find ourselves on a farm.)

11) If my professional career peaks with “conductor of the zoo train,” there isn’t any way I could be happier. Unless this was just one of my several duties as mayor of Fair Haven, Vermont.

12) What animal would be best at conducting the zoo train, assuming the three-toed sloth is still parking the car?

13) I’ve never left the Monkey House and said anything other than, “Do monkeys always sit perfectly still and not do anything?”

14) I’ve never left the Bird House and said anything other than, “You know, that was so much more enjoyable than the Monkey House.”

15) I have been pooped on in a Bird House. I’ve found that this does very little to make the experience less enjoyable.

16) If the elephants/giraffes/lions/seals/otters don’t emerge during your visit, a full refund is appropriate.

17) When my son sees the lions at the zoo, he yells “Mufasa!” And when the daddy lion is being lazy, he says, “Mufasa sleeping.” The day he learns that Mufasa isn’t sleeping will be the day the zoo is ruined for eternity.

18) For a dad, the perfect intersection of “total emasculation” and “total cuteness” is sweating through the zoo with an infant strapped to your chest.

19) Getting out of the zoo is no easier than getting in. Hey, could we leave today, Sloth?!

20) The second-best part of leaving: when my son says, “Zoo again soon?” The best part about leaving: when he recaps every animal he saw, from the diabolical penguins to the do-nothing monkeys.

Going to the zoo with your kids is one of the many things that makes being a dad a great job. Not on par with zoo train conductor or dog mayor of Fair Haven, Vermont, of course, but a great job, nonetheless.