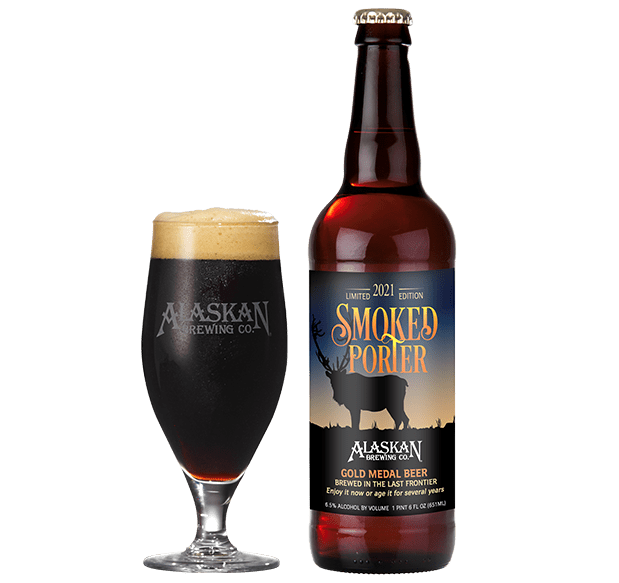 Before kiln drying became commonplace in the 18th century, brewers had to find other methods to dry their brewers malt. Some used the power of the sun and others used wood fires. When using wood fires, the grains captured the smoke flavor, which came through in the final product and could be quite desirable. But when kiln drying became available, it was used almost universally and all but ceased the production of smoked beers.

A few breweries stayed with the older, traditional methods of fire-drying their malt and specialized in the production of smoked beer. They used beechwood logs to maintain the fires used to dry the malt. A couple of those breweries are in Bamberg, Germany and have been producing smoked beers for well over a century. They store their malt and fermenting beers in catacombs that date back to the 11th century. These catacombs are underneath their breweries and are ideal because they maintain the desired temperatures and moisture levels. Before industrialized cooling methods were used, ice would be harvested from as far away as Finland and Sweden and brought to the catacombs to maintain cellar temperatures in warmer months.

When shopping for German varieties, you’ll want to look for “rauchbiers” which translates to “smoke beer” in German. The most common imported brand is Schlenkerla, and they market several different varieties of smoke beers to the U.S. Bamberg is also home to as many as nine other smoke beer producers, and because of this continued tradition, they are called Bamberg Rauchbiers. However, Germany is not the only country to produce this beer style. They are currently produced all over the world.

American craft breweries are well aware of the style and many amazing examples can be found right here in our great nation. Probably the most popular version is Alaskan Smoked Porter from Alaskan Brewing Company based in Juneau. They started brewing their version in 1988 and have won numerous awards ever since. Instead of the German beechwood logs, Alaskan uses local alder wood and smoke the malt in small batches. This beer becomes available each year in early November and is well worth the search. It also ages like a fine wine, so buy a few to add to your cellar.

For a real treat, pair foods with your favorite smoked beers. Barbecued meats, smoked salmon, and charcoal-grilled steaks are all no-brainers. Charcuterie boards are made for smoked beer pairings, especially with smoked cheeses or lighter, creamier cheeses. For amazing dessert pairings, try pumpkin pie and vanilla ice cream. If you really want an earth-shattering experience, pair it with a freshly baked slice (or two) of pecan pie.